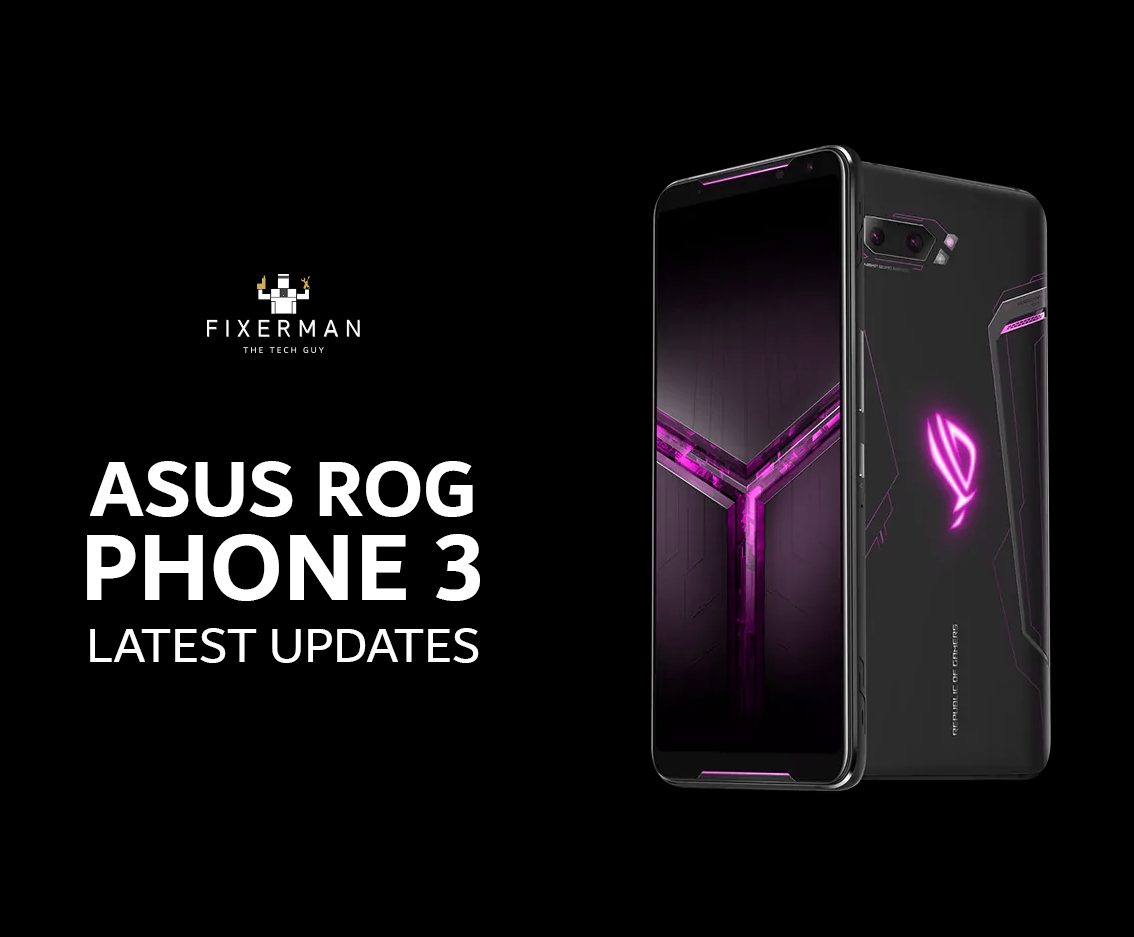 The Asus ROG Phone 3, the spec king returns by successfully following in the footsteps of the famous Asus ROG Phone 2 with a similar design and bumped up specs. The two incredible feature of this phone continues to be its battery and the internal specs. Asus has slightly toned down and begun neutering the whole gaming aesthetic compared to the first and second version of the phone, however it is still a very unique design along with the lit RGB logo at the back that can glow for notifications, the exposed slots for the heat sink and carbon chamber cooling system on the side, making it still instantly recognizable as a gaming phone. It has retained the custom mappable air triggers, which has been improved this year in sensitivity, precision and custom mapping options along with the signature USB-C cable charging port on the side at the bottom so you can charge the phone while playing without interference from the charging cable.  They have also kept the stereo front facing speakers from the precious version and the stereo image they are bale produce and the volume it can achieve from all this is second to none, making it one of the best speakers you will find in any phone in the market currently.

While they have kept most of the things that made it an incredible spec monster in the new version, there are some noticeable absences in the spec sheet in the 2020 model. The ROG Phone 3 has no headphone jack, no official IP dust or water resistance and no wireless charging. The headphone jack seems to be the most surprising considering this is primarily a gaming phone and lag can be a serious issue in wireless options, but it does come with an accessory in the box that provides you with a USB C cable and a headphone jack on the side, which could be used for the zero lag tolerance gamers out there.

There is a reason this phone was repeatedly touted as the ‘Spec King’ in the past, and the 2020 version is the same. It has the new Snapdragon 865 plus processor which is only just starting to show up in new phones and the chip has been clocked up to 3.1 GHz in a phone with 16Gb of RAM. The screen is a 1080p, 144Hz OLED display with nearly half a terabyte of UFS3.1 storage and mammoth 6,000 mAh battery. Every single one of those specs is either the biggest or the highest you can find on a phone on this planet.

It is important to note that an incredible spec sheet does not necessarily guarantee a great user experience. While the hardware is maxed out, translating that into software is still where the ROG Phone 3 could improve. Eagle eyed users, of other high-end flagships phones will certainly notice the minute hiccups in fluidity, transition animations, and overall general UI when using the phone at 144Hz.

We mentioned earlier that the standout feature in this phone with a wide array of impressive specs, was the battery and it is very impressive. The Asus ROG Phone 3 has a 6,000 mAh battery and a 30W fast charging support, which translates to two full days of (light) use before charging. The ROG Phone 3 allows you to choose between 60, 90, 120 and 144Hz refresh rate for its screen, thanks to the battery size, you will be able to just about get through two full days of light use at 144Hz or comfortably through two full days with 60 or 90 Hz.

Fast or quick charging works on the principle where you get the fastest charging speeds from 0 to 60/65% before it levels off as it gets closer to full, which translates to getting nearly 4,000 mAh in just a few minutes of charge as it reaches its 60% mark! So the charging is fast and the battery lasts a long time, which means your battery will also remain healthier as you’ll be using less charge cycles.

You will get a triple camera set up on the back of this phone with big numbers despite being a gaming phone. There is a 64mp main camera and 13mp ultra-wide and a 5mp macro camera. The main camera provides decent photos under well lit conditions, so daytime shots should be fine, however in situation with higher dynamic range and lowlight the result is not impressive. The ultra-wide and macro are much softer despite regardless of the lighting conditions, but the ultra-wide does provide with nearly a 125-degree view. Unfortunately, there is a camera bump on this phone, we expected it to be housed inside considering how big the phone is.

For the small group pf people that play a lot of well optimized games on their phone, enjoy air triggers, the faster refresh rate and gaming features like the ‘X’ mode that throttles up the CPU for a bit of extra performance, for this tiny group of people, this is the perfect phone for you. For the rest of us, this will end up being a glorified media consumption device. You can most certainly get the features like bigger battery, higher refresh rates and big screens for prime Instagram scrolling on other major flagships. The ROG Phone is a beast of a machine and will certainly deliver for those who need a supreme gaming experience on their everyday driver.