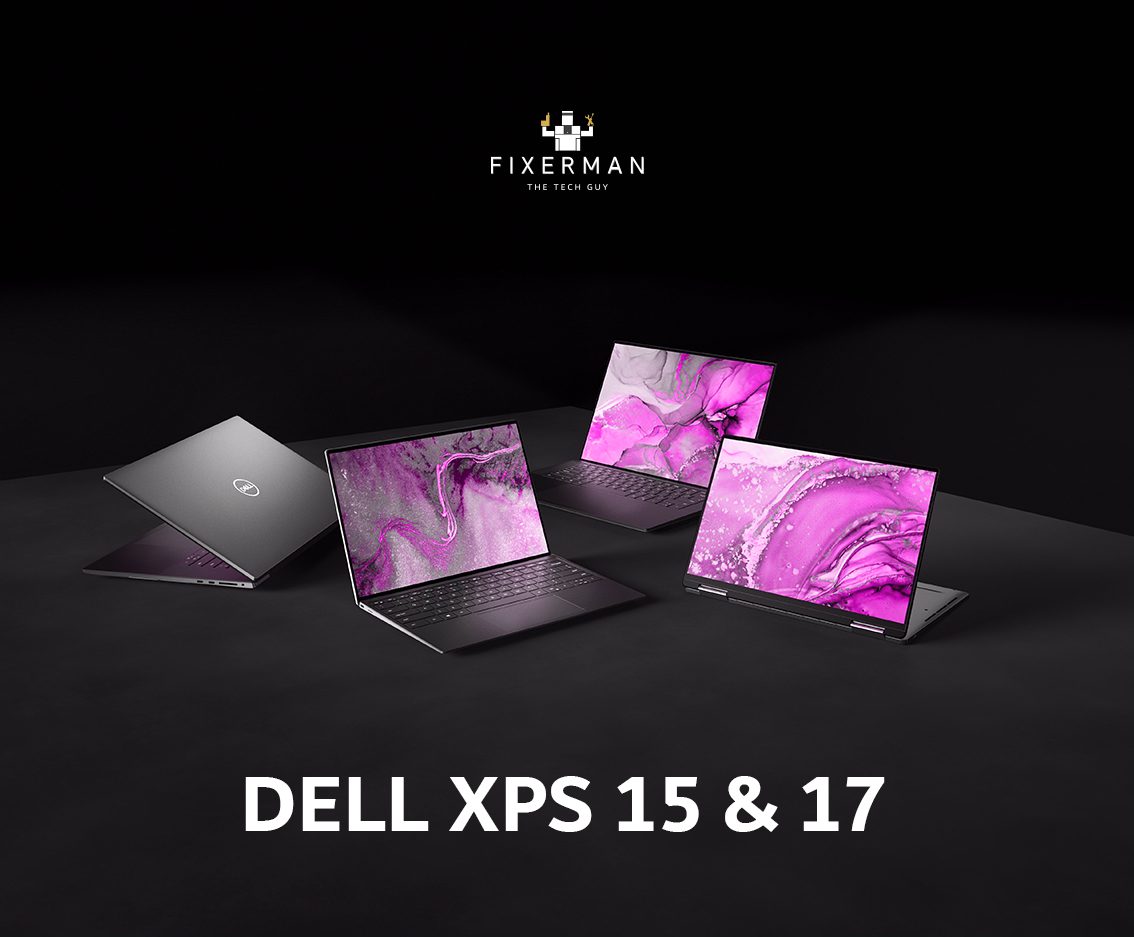 The Dell XPS 15 and 17 are the older siblings of the universally popular XPS 13. Just like the XPS 13, the 15 also got a 2020 update along with a release of a nice size category entirely, the XPS 17. Both these devices are clearly designed to be your daily drivers, but there is a lot of considerations to go through before adopting one. For starters, both these models are heavy, or heavier than you might think. The XPS 15 is the same weight as last years and weigh between 1.8Kg to 2.0Kg depending on the configurations you choose, the XPS 17 can weigh in around 2.5Kg because it can be equipped with a vapor chamber and a 4K panel system, which adds to the weight.

The design aesthetic of the XPS 15 and 17 is kept uniform throughout the XPS series, they all sport the brilliant angled look. The carbon fiber look also returns but with an updated material, the finish is better than the previous devices and is less of a fingerprint magnet. The screens are also exceptionally good, from the brightness to the color accuracy, the thin bezels, and the aspect ratio on both devices. Although the device is available in both 1080p and 4k, the 400$ difference to the 4K over the 1080p is not worth it, as it is quite hard to appreciate a 4k on a 15” or 17” panel. The aspect ratio of 16:10 is something that most users will appreciate as you receive more vertical space for scrolling through comments, reading documents, or even using excel.

The speakers sound great, however when you use the volume on max the bass tends to get quite vibrational and you can feel it across the keyboard and the device, simple solution, don’t turn it up too loud, but It is worth knowing this exists. The keyboard and trackpad have caused quite a stir on social media and the tech space on the internet, primarily due to the lack of a number pad. There undoubtedly is a lot of space in this big device to have added a number pad, but it would have also affected the aesthetics of the device and made it less of an XPS. This was clearly a design choice that XPS made and users who really need one can always add an additional number pad via USB or Bluetooth and use it instead. The trackpad has also been a serious topic of discussion amongst the tech community primarily due to a ‘wobble’ that exists with the XPS devices, this seems to be a quality control issue and can be fixed two ways. The first option involves putting a tape underneath or even tightening the screw, however on a device this expensive and premium, this is not something that the users must have to do, therefore we recommend you go for option two, which is to get the device replaces with the fixed versions.

Getting to performance, it is important to not that these are not 2” thick gaming laptops, even though they have NVIDIA cards that are capable of gaming. The 15” device seems to have better thermal performance than the previous year’s model, it is not great, it is acceptable at best. The 17” device, even with its vapor chamber was initially expected to be a high-performance device, but once again, this is not a gaming laptop and you will not receive the performance of one. Dell does however provides this feature where they let their systems turbo up really fast to a really high clock speed, but it results in an aggressive clock down as well, making the temperature almost  rise to 37C and back to 29C. This is something you will not notice in a Razor Blade 15 which is able to maintain a constant temperature profile but also is unable to turbo charge as aggressively as the XPS. So, while the Razor is certainly better for gaming, especially for games that are played across multiple hours with high stress on the CPU and GPU, the XPS is more geared for spike in workflows in areas such as music production. We understand that music producers in the past have complained about latency issues with the XPS, the latency test done on the new devices produced decent results after running them for more than an hour.

Finally, as a consumer if you’re looking for a large XPS device, you’re going to have to choose between these two models and while it might seem logical to go for the 17” model it is important to note that the 17” model is quite cumbersome. It does not easily fit into a regular backpack and it can get quite heavy for a carry on, making it not as portable as one may like. On the other hand, it has a larger battery with 97W as opposed to the 87W on the 15” allowing it to get 7 hours of use with ease along with the higher resolution panel. Therefore, it comes down to your personal preference on size as the base models on both devices are separated by only 100$. So make sure you are aware of the numbers, sizes, weights and dimensions before making the decision between these to fantastic devices from Dell.

Let us know which one you would be picking and why?