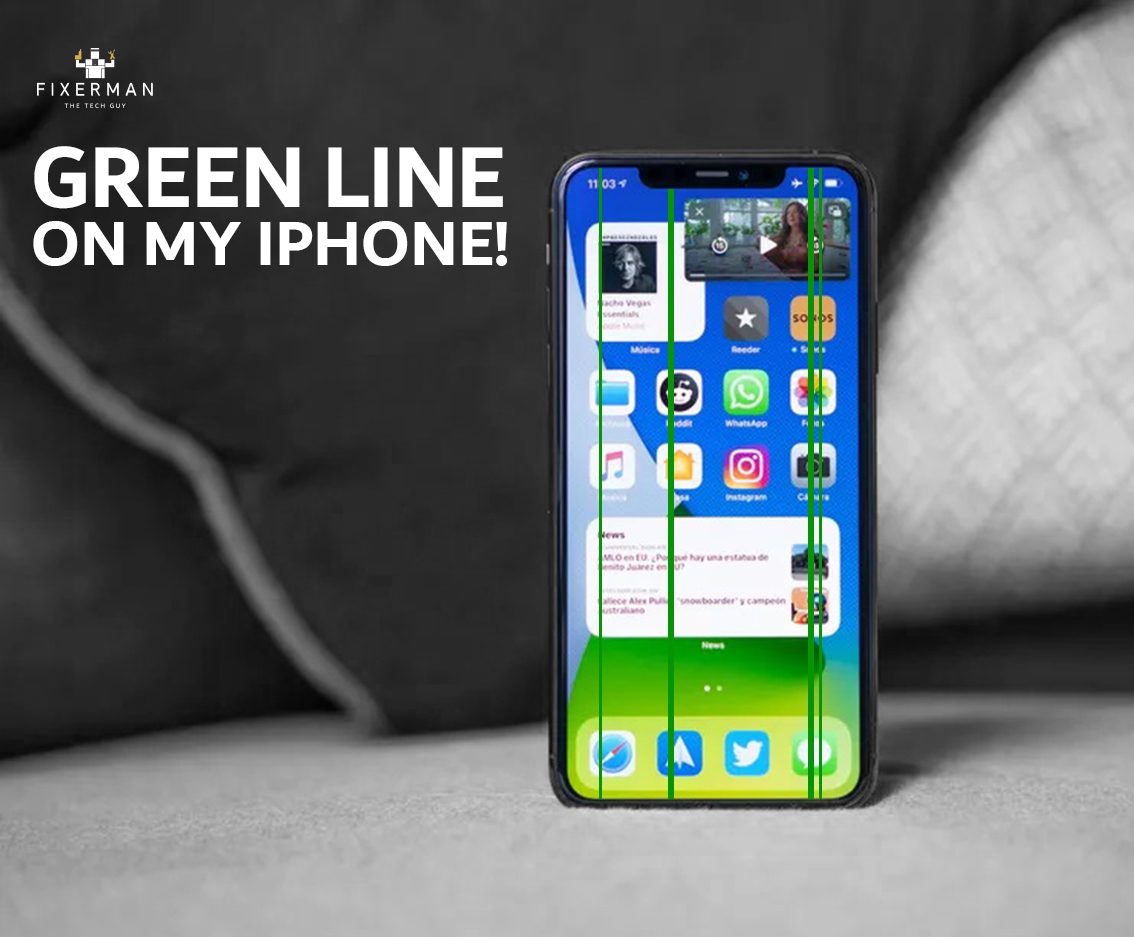 Green Line on my iPhone!

A limited but an increasing number of iPhone users have all complained about a similar issue, encountering a green line appearing on the smartphone’s display. These issues are not an issue out of the box, but rather something that is developed over usage in normal conditions and in some cases when dropped.

The green line issue’s underlying cause has to do with the iPhone X’s OLED display. Samsung’s Galaxy series also uses an OLED display, and in the past consumers had also reported similar issues where a distinctive pink line would appear on the screen. In Samsung’s case, they acknowledged the issue as a hardware failure from their end and provided an option to take back and repair the issue.

The green line comes as a result of the diamond shaped subpixel pattern that makes up the display. All the green sub-pixels are compactly arranged in a straight line and a potential electrical fault in some of these devices is causing an unexpected voltage flow to these green subpixels causing them to light up and appear on your screen as the distinctive green line.

What should you do?

However, most likely, and unfortunately the restarting may not actually help you and it is indeed the infamous hardware issue that is the cause of the green line. The only solution to this issue is a hardware fix. It can be quite stressful to have this issue come up on your expensive phone, seemingly without any external influence at times.

But rest assured, we at Fixerman are more than equipped to help you with this issue! Simply book us and we will have a team at your doorsteps within minutes and will be able to fix your device for you on site!