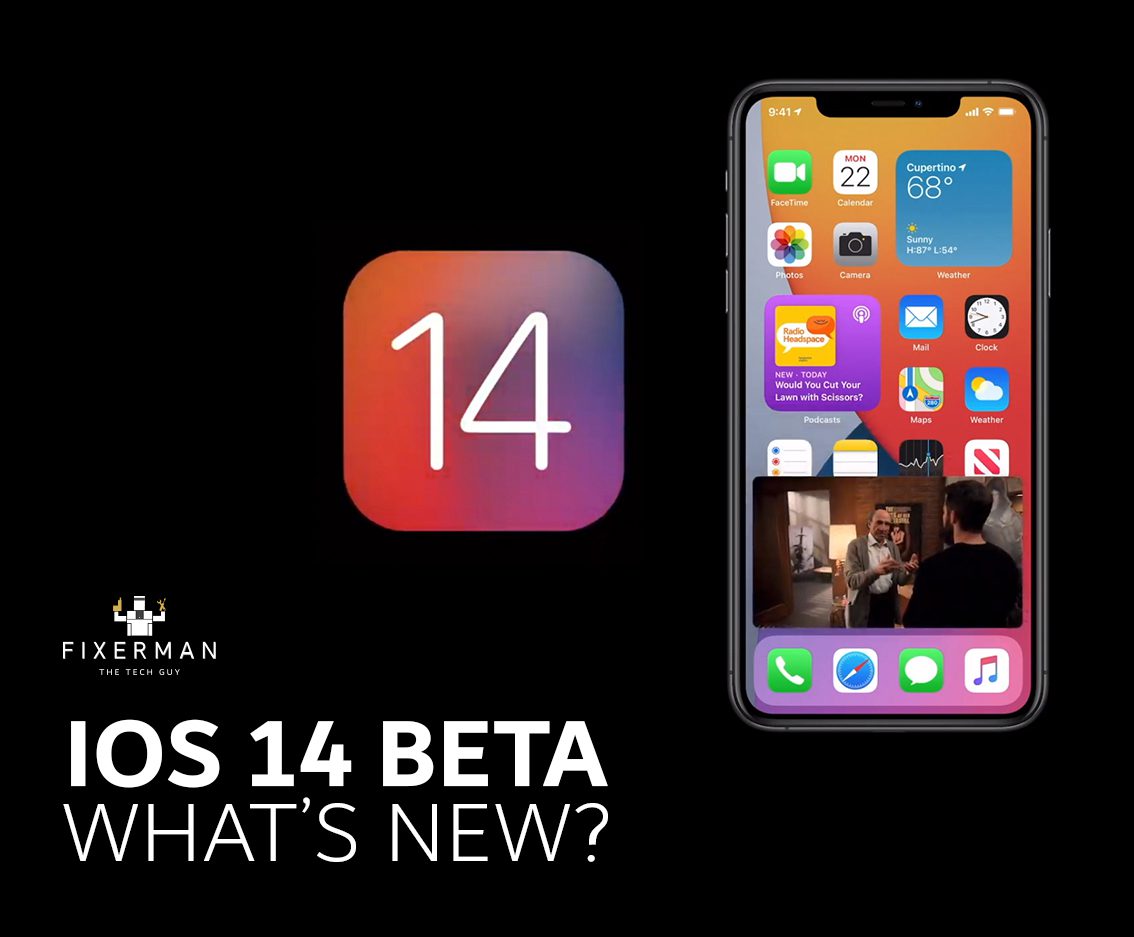 The new Apple iOS Beta just dropped, and it is a familiar product but with some nifty tricks up its sleeve. It is likely to be released around the month of September like every year and all the iPhones since the iPhone 6S will be getting the update. It’s not a major UI overhaul, it’s very clearly still an iPhone and half the people might not necessarily use it, but it has got some really good features baked in to the update, especially for the tech enthusiasts, nerds and productivity addicts. So here are some of the best ones:

The new ‘App Library’, which is a space all the way to the end at right of all home screens consisting of an entire list of all your apps organized automatically in alphabetical order. This is the first time that iOS has had an app drawer where everything is in one place, it may have taken a decade, but it is finally here. You can also pull down to search from anywhere on the home screens and this will provide way more info including from the web and Siri.

Also, thanks to the app library feature, you can also now hide an entire home screen with unwanted apps, or apps that you do not necessarily use that often. So instead of putting them all in one random folder that will sit on your home screen, you can now simply hold down to edit, click the dots at the bottom and simply uncheck to hide an entire page and you don’t have to see those apps taking up space in homes screens again!

The Internet has reacted strongly about apple adopting widgets 8 years after android and it is a fair question to ask as to why Apple is only now getting widgets into iOS, and the answer is that they  simply wanted to get a couple things right, they might not have particularly done a better job than android but they do a lot of impressive stuff in their own way. It’s not the same as in android where you can place them anywhere in your screen and change them to whatever size you want, you will be restricted to place it either on the left hand side or right hand side or you can’t put it alone on the right without anything on the left of it either. Right of the bat all the widgets that will be made available are first party apps, there is a decent variety of them with different functionalities and sizes, but we can expect third party apps to be coming as well.

There are also some small nuances and dynamic features that they have added such as the widget called ‘smart stack’. Once you add this to your home-screen it functions as a carrousel of several common widgets that you can scroll through manually and or have them change automatically based on predications it has made for you. You can also add, edit, or even create your own smart stack by dropping two widgets on top of each other that are of the same size and it becomes a scrollable stack.

In the previous versions of the iOS there were certain actions that unnecessarily take up the entire screen, now they are finally been fixed. Now when you get a call or a FaceTime for example, it won’t dominate the entire home screen anymore, it will simply give you a drop down notification, which you can easily hide it and keep doing what you were doing and it will keep ringing in the background or you can reject it right away. Furthermore, once you’re actually in a facetime or a call, you can swipe up to go home and do other things on your phone while the face time continues without pausing your video through a ‘picture-in-picture’ (PiP) feature. The PiP feature is also more generally supported throughout the entire OS whether you are watching a movie on Apple TV or even a video on safari.

Another great example of compact feature is Siri. In all previous versions of iOS, Siri used to take up the entire screen once activated, now it will just be a little animation at the bottom without disrupting your view. So you can long press the power button like before to activate Siri and she will answer your questions as a small pop up, however it still doesn’t let you interact with anything underneath directly without exiting Siri, so it still hasn’t achieved true multitasking capabilities that it could.

The stock keyboard has now finally Emoji search!  Now instead of typing a word and hoping the right suggested emoji pops us, you can now search any emoji you want anytime.

Fun Fact: There seems to be two schools of thought when it comes to this emoji: 🙏
Apple’s keyboard does not service it when you search for ‘High Five’ but Google does. Which means Apple is on team ‘prayer hands’ while Google is team ‘High Five’. Let us know which side you’re on in the comments below!

This was featured in the official announcements made during the live sessions by Apple. App Clips are basically little snips of the apps that you can quickly temporarily use when you do not have the whole app installed but need to use just some of its functionality.

These are some of the super unique feature, some of which were not even talked about on stage, but as more and more users dig through the beta some more good features were uncovered. First are the various improvements in accessibility. In iOS 14 you can go into the settings > accessibility > touch > back tap, you will now be able to map a double tap or triple tap to the back of the phone to a shortcut such as to open Siri or take a screenshot.

Fun Fact: You can also technically add Google Assistant as a shortcut to your double tap feature on to your iPhone!

There is also a very interesting sound recognition feature, if you go into settings > accessibility > sound recognition, and turn on this feature will allow your phone to recognize certain sounds that might be important, for example a door bell, a fire alarm, a faucet running, a dog etc. This is primarily meant for people who are hard of hearing but can also useful for others as well.

This will be important to many.  From now on, any time an app is using your camera, iOS will show you a little green light to indicate that the camera is active and similarly anytime the microphone is being accessed an orange light will pop up to show you the same.

While taking photos on night mode, it provides you with a gyroscopic guide to help you keep the phone still to take a better handheld picture.

While on Facetime, if the AI detects that someone in that facetime call is using sign language it will automatically push that to the top to let everyone on the group access that better.

There are also plenty of other interesting small features such as being able to pin conversations, special cycling directions, a stock translation app, the ability to change default email and browsers apps (Finally) and EV charging navigation for maps.

Overall, it is a good update with its specialty in the tiny details. Let us know if the comments ones your favorite or if you are an Android person which one you’d like to see in an future android update.