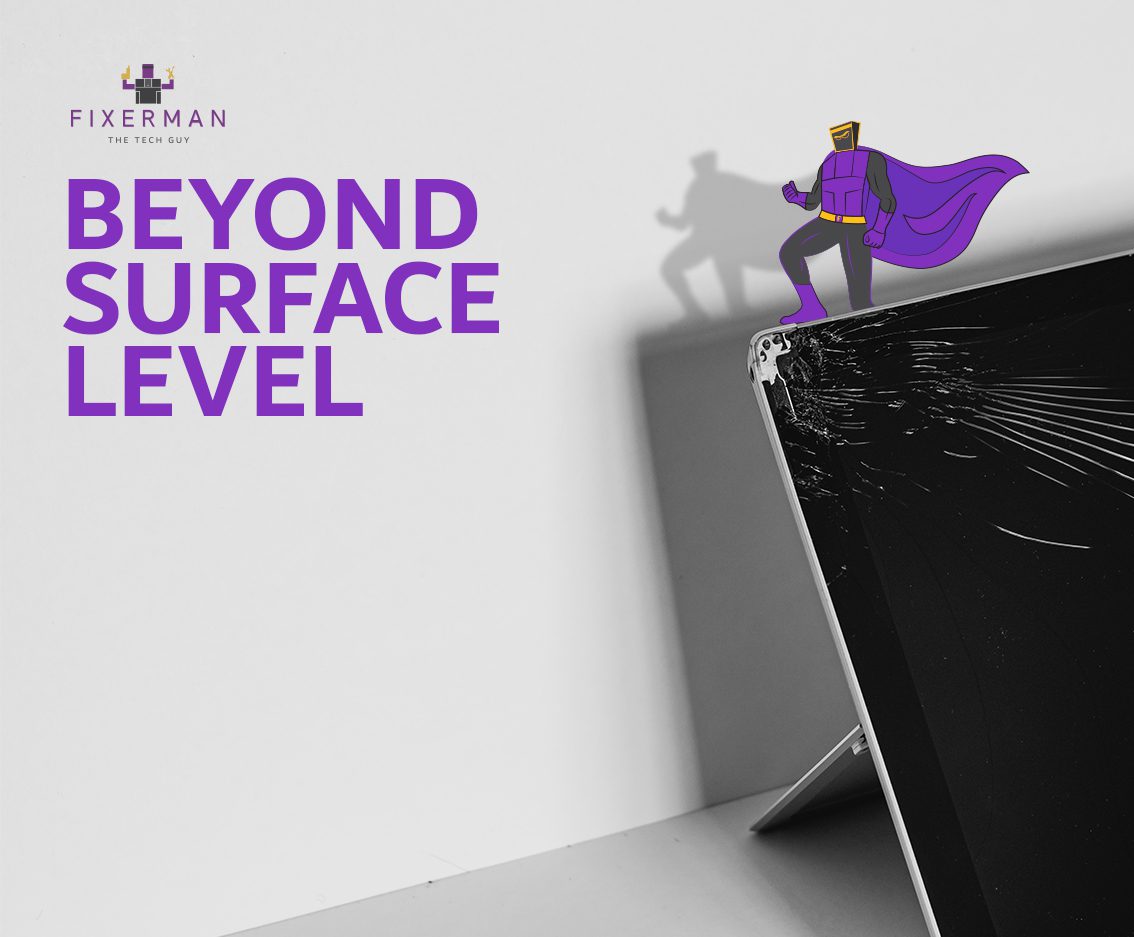 The Microsoft Surface Pro is an elite device. You can use it as a laptop, a tablet, and an e-reader. You can use it to design, edit, and watch your favorite movies. In the kitchen for when you’re trying a new recipe, at your yoga mat if you’re following a virtual workout, and even whip it out on your commute to send off that last email. If you’re the owner of a Microsoft Surface Pro, you already know it’s an extremely portable machine. But sometimes, even this mean machine has seen better days. You might have noticed some glitches in the touch screen, or find that your device’s battery has been draining faster than usual. If your Surface Pro has been losing momentum, it might be time to call Fixerman to take a look under the hood.

Some of the common issues with the Microsoft Surface Pro screen are yellow streaks, appearance of dark black lines, flickering or vibrating screen, or phantom touch. These problems may be due to three reasons: physical damage to the hardware, software issues, or external electromagnetic interference. If you find that LCD functionality has been down, try troubleshooting by updating your firmware:  Settings > Update & Security > Windows Update. Follow this with a quick home remedy by attempting a forced shutdown or run the touch calibration tool.

In case these fixes don’t work, or you have a cracked screen, it’s time to call Fixerman for a Microsoft Surface Pro LCD replacement.

Some of the common issues with the Microsoft Surface Pro battery are rapid battery drain, a battery that won’t charge, or your device turning off when you unplug it from the charging source. First things first, make sure you’ve been keeping up with firmware updates, these are crucial to enhance the Surface battery life. If you find that battery functionality has been down, try troubleshooting by updating your firmware:  Settings > Update & Security > Windows Update. Follow by shutting down your device and letting it charge (if it can!)

In case these fixes don’t work, or you’re having issues with battery expansion which raises safety concerns, it’s time to call Fixerman immediately for a Microsoft Surface Pro battery replacement.

Some of the common issues with the Microsoft Surface Pro keyboard include the fingerprint reader not working, keyboard of touchpad not working, keyboard or touchpad slow to respond, disconnect between typing and visibility, or keys that might have broken or fallen out. If you find that keyboard functionality has been lacking, try troubleshooting by updating your firmware:  Settings > Update & Security > Windows Update.

In addition to the above common problems that prevail among Microsoft Surface Pro users, Fixerman also takes care of: