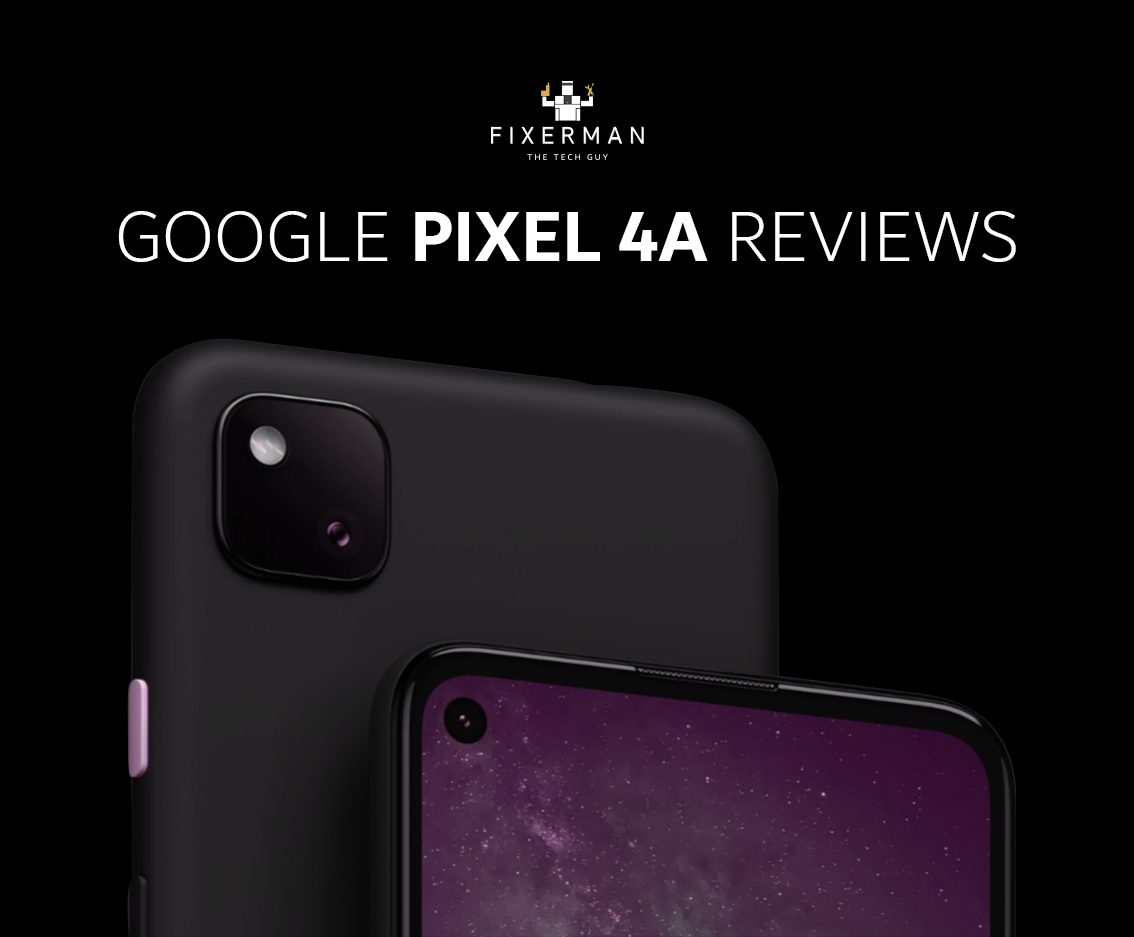 Google has finally released the much-anticipated Pixel 4A, but it will not be shipping until August the 20th. Google has also pre-announced two new pixel models expected to release later this year, a Pixel 4A 5G and the Pixel 5, and no further information on these products. Currently the Pixel 4A costs $349 and it is a basic phone with all the fundamental necessities covered efficiently. There are no gimmicks, nothing fancy, no bloatware or unnecessary software and it is not a big phone, in all sense it is a basic android phone, but a great basic phone.

The most important feature on a Pixel is either the clean Google android experience or the camera and the Pixel 4A delivers on both. The Pixel 4A houses a single 12.2MP camera on the back with optical image stabilization and the front camera is an 8MP camera inside an on-screen hole punch. Google’s hardware on the camera is never really anything special, it is always their computational photography that makes the best out of the hardware. If we compare the $349 Pixel 4A to the $800 Pixel 4, the results are that the Pixel 4A’s photos are almost indistinguishable from the Pixel 4in almost all cases. It performs well in low light, night sight, HDR, zoom and it provides that super contrast-y Pixel-y look to all the photos. When comparing it to the $400 iPhone SE, the apple budget device gives more warmer colors which some people prefer, but the Pixel 4A wins out in general especially when in comes to head to head on low light. While we do wish that Google put a wide angle or telephoto lens on the 4A, but those secondary cameras are almost always worse than the main sensor especially in an inexpensive phone, so it makes sense as to why Google just left them out. However, this does mean that in portrait mode, the phone does an aggressive 2x crop to enable the portrait mode to work using the internal algorithm, but apart from that the portrait photos are rather good. While on the topic of algorithms, there is unfortunately no extra image processor on the Pixel 4A like the Pixel 4, which means that the images take longer to process, especially when you move to the gallery right after you take a photo, it will take a second or so before it is available to you in its final form. The other thing about the camera department is that while the photos on this device are good, the videos on the other hand are not so great. If you are a person who takes more videos than still photos, than perhaps you might be better off with an iPhone SE, but we still prefer the Pixel 4A photos much better than the iPhone. At the end of the day, this is a Pixel, which means it has a very impressive camera, it is a $350 phone than can go toe-to-toe with cameras on phones that cost over $1200 which in itself is quite amazing. The rest of the phone is not as impressive as its camera, but it gets all the basics right.

The Pixel 4A only comes in one size, it has got a 5.8” screen with a hole punch camera, an OLED display, 1080p with a fingerprint sensor on the back of the phone, along with that single camera with a flash on the back and surprisingly, a headphone jack! It has a plastic body, with a Gorilla Glass 3, despite most phones having a Gorilla Glass 7, and it really well built with no flex to it, probably because it is the same size of a regular iPhone 6, which means if you are not a fan of big phones, you will love the size. You can only get it in Black, Google is not offering any other colors, so it will ship only in ‘Just Black’ sporting the classic blue green power button on the side.

The Pixel also does a good job on bunch of other fundamentals such as a stereo speakers on the ear piece and the bottom, 6Gb RAM, 128Gb storage (non-expandable) but it is still double of what the base model of the iPhone SE provides, which makes the Pixel 4A technically a $100 less than the equivalent same storage size on the iPhone SE. The screen quality on the Pixel 4A is fine, it used to be rare to find OLED at this price point, but thanks to reducing prices in the LED sector this is now a possibility. The OLED on the device is good, it is not the best one you will ever see, with the colors tending to be a bit warm in certain lighting conditions and the bezels are relatively small making it easy on the eye.

Being a basic phone, it is certainly missing some stuff, there is no wireless charging capabilities and Google has also removed its ‘squeeze for assistant’ feature, which frankly no one will miss, it also does not have a high refresh rate or multiple cameras, neither does it have water resistance rating which is unfortunate, but Google dropped all this stuff so it could focus on the essentials. It may have gotten the most essential thing right, which is battery. Mobile devices can essentially improve battery life in two main ways, either by putting a bigger battery or by making the phone draw less power through software fixes and Google has done a bit of both. The Pixel 4A has a 3140mAh battery which is relatively small compared to today’s industry standards but that is still 300mAh more than the Pixel 4 which has a terrible battery life. While the Pixel 4A is not the best in the battery department, you can easily get around 4.5-5 hours of screen time which should be more than enough for average use. The small screen also aids to the longevity of the battery life, helping it draw less power along with the processor. The processor inside the Pixel 4A is a Qualcomm Snapdragon 730G, with the G standing for faster graphics and this draws less power compared to the Snapdragon 865 with a 5G modem, as this is not a 5G phone. The processor does mean that it is a beat slower, especially while opening apps and while scrolling in chrome but it is not shaky and it feels a lot more smoother than the Samsung Galaxy 851 which is within the same range of comparable devices.  The device the still has an elegantly smooth thanks to the clean Google version of android and Google is guaranteeing three years of software updates. The processor of this device will clearly start showing its age three years down the line, but if you compare the iPhone SE who has a phenomenal processor it is most probably going to last longer and get you five to six years.

While it may look like an insult to call it a ‘basic’ phone, it is sometimes necessary in life to have an everyday, reliable phone that delivers on the fundamentals consistently. You will be very happy with this phone as it is significantly cheaper that the Pixel 4 while being comparable in specs and with 5G still in its infancy, there seems to be no reason you need to be waiting for the 5G version either.

In conclusion, if you are looking for a cheap, reliable android phone, with excellent camera, great interface and are not too worried about looks and extra features, the Pixel 4A is the phone for you. It will deliver you the essentials and not be pain on your wallet!