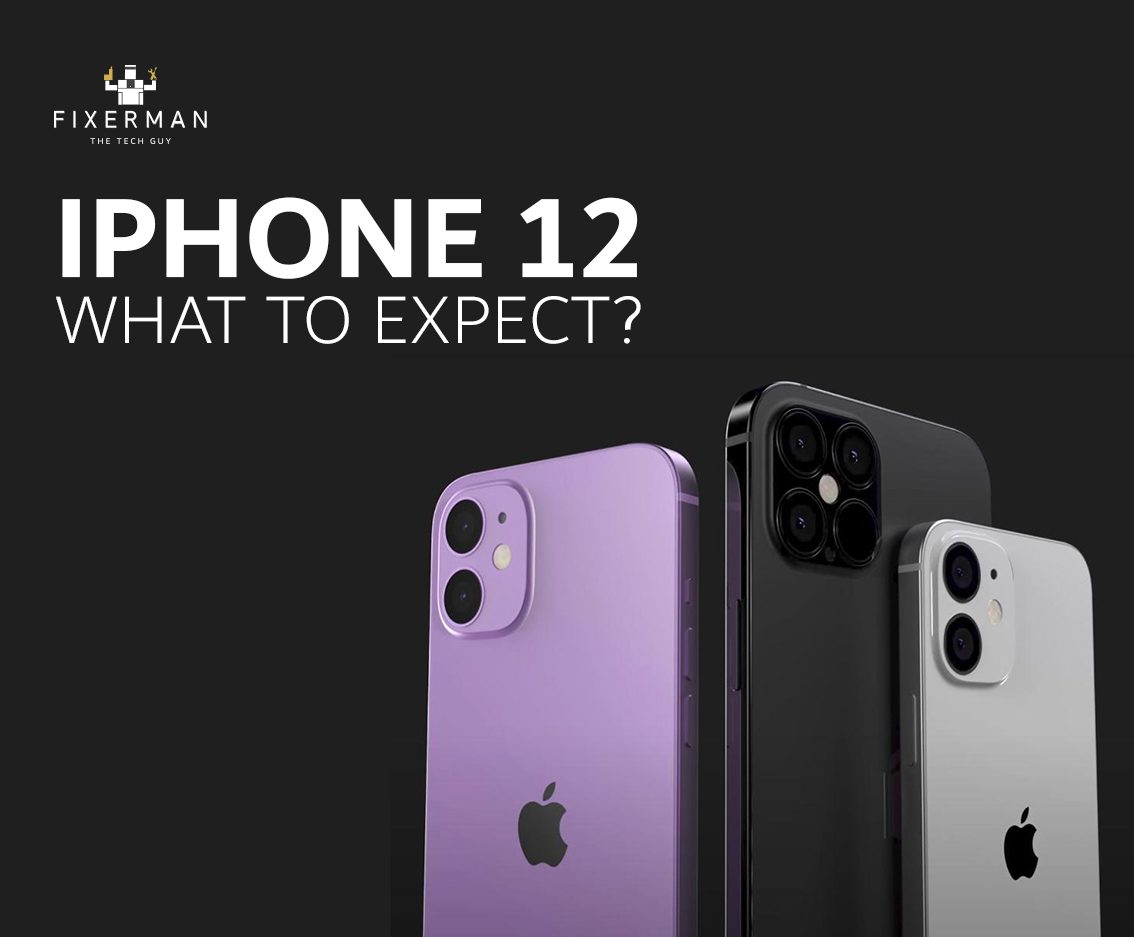 The second half of 2020 is expecting a lot of major releases in the world of tech from the Galaxy Note 20, Asus ROG Phone 3, One Plus Nord and many more. However, the iPhone 12 remains the most highly anticipated of the releases, especially with the new iOS 14 Beta dropping just a few weeks ago. Let us take a look at the rumours, leaks and a wish-list for the upcoming Apple device!

The classic mid-year dummy models of the upcoming iPhone have already been dropped, and they have given us some sort of ideal representation of the final version we might see in September. What we can expect with certainty is a lot of the features and changes adopted into the new iPad Pro to be included in these iPhones as well. The first thing we notice from these models is that there will be three size variations of the iPhone 12 that will be coming out, a 5.4-inch, 6.2 inch and 6.7 inch. The 6.7” model would be the biggest iPhone ever and also consequently their biggest battery ever, and now that we have seen the iOS 14 in the beta, the bigger screen will definitely take the biggest advantage of the widgets, picture in picture and other features.

The notch on the new devices does look a bit smaller thanks to the larger displays and there is a clear uniformity in the external design taken from the new modern iPad Pro look with the squared off flat sides. The camera bump at the back remains unchanged with the familiar Apple logo in the middle of the phone, just like it has been for the last 10 odd years, the familiar design that has made it iconic.

The dummy models we get this time around the year is quite accurate, as they often come from parts manufacturers, and if it is still the case, the new iPhones are also ever so slightly thinner than the existing models. However, they feel significantly thinner on the hand thanks to the overall design.

Eagle eyed iOS 14 reviewers have managed to find a few lines of code in the update that could suggest a couple interesting new features coming to the camera. Currently the iPhones can do 4k in 60fps or 240 fps in super slow motion at 1080p, however these new lines of code suggest that the new iPhone will be able to do 4K at 240 FPS!!! This is Apple showcasing their superior image processing pipeline and their new self-made performance chip. The smallest iPhone only has two cameras, while the other two models will have a three-camera set-up.

While we all want a smaller notch on our iPhones, it is unlikely we are going to get one considering the fact the they will want to keep Face ID and all the other sensors, until a future time where we can completely eliminate it thanks to new technology or if they decide to bring touch ID back and put it underneath the glass. Last year they also made the claim that the face ID would be faster and work at more angles and we hope it continues in this direction because there at certain angles at which it still sometimes fails to identify our faces.

One thing we cannot tell from the dummy model is the display, and we hope to see a 120hz refresh rate display like most other major flagships recently and on the iPad Pro, on at least one of the three phones, most likely on the biggest one.

The charging ports will probably remain the same, lightning, as much as we would love to see the more universal USB type C, Apple just seems to be fixated on their proprietary one.

Another interesting feature we can look forward too in the camera department is the new LiDAR sensors on the iPad Pro for better and faster AR experiences. We are not sure if all the models will have it or how much role AR will play in Apple’s vision of the future, in the way we interact with tech, but we hope to see them in the bigger model.

We are also expecting 5G to be enabled in the new iPhone line up. Since 5G comes with a bigger price tag and a major power drain, it will be interesting to see how Apple chooses to divide it amongst the models. Apple could also enable the higher models featuring millimeter waves as a bonus too.

Combining the software and hardware changes, this could be one of the biggest changes to the iPhone in recent times. While most of the features mentioned are based on speculation, rumours and leaks, we are positive that you are surely going to be impressed with what Apple is going to have to offer in September.