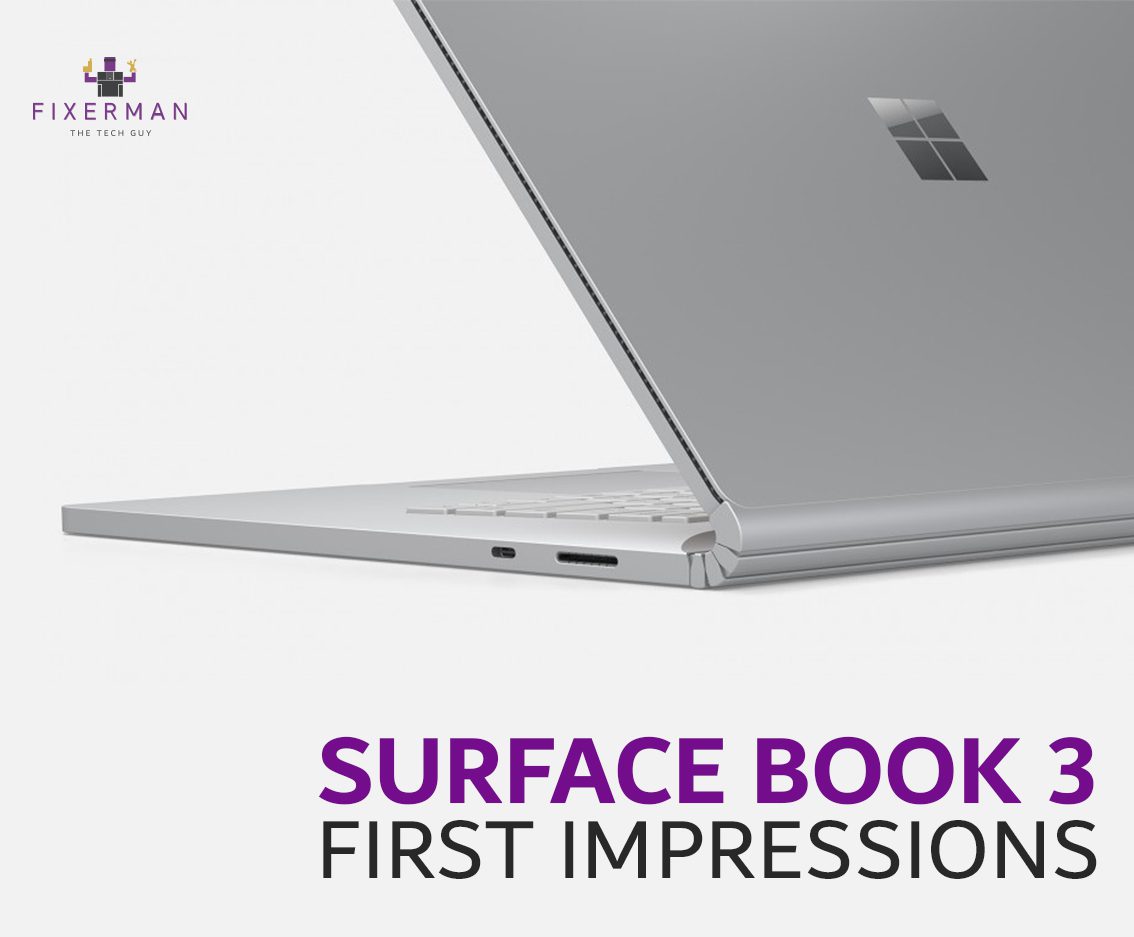 Microsoft has updated their Surface Book for 2020 with new and faster internal components. The philosophy behind the product remains the same, a fully powered pro laptop with a good GPU and great battery along with the ability to detach turn the screen into a tablet. Most of the changes are on the inside because the exterior is exactly the same, no changes whatsoever. The first time we saw the Surface Book we were all impressed by its’ features, now that we have its third iteration, we can finally understand the trade-offs with a Surface Book.

When in the standard laptop mode, the bulk is quite noticeable. Even the 13.5” version seems a bit too thick, primarily because there is so much of the computing power placed right behind the screen, making it ever so slightly top heavy. It will never feel tippy, but it may give off a slightly weird feeling to the user when carried around. Despite that, this is a very well-made product, especially the keypad, it has great traction and the trackpad is smooth and precise, despite being a little bit on the small side for 2020 standards. Microsoft did release a statement saying that they have reports indicating that thunderbolt ports are insecure and hence you won’t find any on the Surface Book, instead you will get a USB C and an SD card slot instead, which is great!

The screen is brilliant, with its 3:2 aspect ratio making it feel bigger that the other 13” laptops in the market, despite the huge bezels. Even while you use it as a tablet, it feels incredibly large, unlike an ultra-portable tablet in comparison. The key standout feature of the entire device is undoubtedly its famous snake-hinge and locking mechanism that is unique to the Surface Book. This mechanical feature of the tablet is what sets it apart from other 2 in 1 devices and as amazing as it is, it creates a gap when fully closed that allows a lot of stuff to get in which can be quite annoying. Furthermore, the gap also makes it feel a whole lot thicker when closed than other modern laptops despite being very nicely built.

The new features to the Surface Book 3 are all under the hood. The biggest of them is the intel’s 10th gen processor, a basic model of the Surface Book 3 has a i5 core, intel standard iris plus graphics, 8GB RAM, 256GB storage, and will be priced around $1600 (Yet to receive UAE rates), while the $2500 version will get you a core i7, 32GB RAM, 512GB of storage and the keyboard base is a basic NVIDIA GeForce GTX 1650 Max-Q GPU and the 15” model can have an even better GPU! Which means you can spec one of these devices up to be quite a performance machine, however it will come with slight drawbacks. The reason being the intel core i7 chips that are inside the Surface Book (13.5” and 15”) is the 15 Watt version of the intel chip, which is usually found in Ultrabook’s, instead of the 45 Watt version you might see in a Dell XPS 15 or a 16” MacBook Pro. The reason for the usage of the 15-Watt chip is to allow users to detach the screen and use it as a tablet and to balance that with thermal cooling set up inside the tablet. This is one of the trade-offs that you will have to make, a slightly less powerful CPU for portability and the 2 in 1 factor. Even with the separate NVIDIA GPU, it will not giving you the same performance as a traditional gaming laptop, you can certainly do more gaming on a Surface Book than an Ultrabook or a Surface Laptop, but a traditional Razor Laptop is going to provide you with way more power with much less money. However, if you do intend to use this device for GPU heavy materials like CAD drawings, this will definitely make use of its GPU and provide you with a seamless performance.  The Geekbench score for the device is, Single Core Score: 1267 and Multi Core Score: 4023, alternatively the Cinebench score CPU: 1468.

In conclusion the three main drawbacks of the device can be boiled down to price, a little lack of power and the fact that it’s slightly larger than your average 13” laptop, however, in exchange for this you get an excellent quality hardware, a clean Microsoft experience and of course the portability of the detachable tablet. There really is not any device in the market out there for a direct head to head comparison based on specs, it’s more the willingness you have to pay the extra money for the trade-offs that it offers .